Two compelling issues that enterprises are faced with at the moment are the rising costs of energy and the need to reduce their CO2 emissions. Energy costs have quadrupled over the last few years for some businesses, which in the midst of a global economic slowdown is a bitter pill to swallow. At the same time, COP 27 has provided a stark reminder that all companies need to find ways to reduce their carbon footprint. One solution that can help with both problems at the same time is the cloud, and here we explain why.

Migrating from an on-site data centre to the cloud can save enterprises significant amounts on their energy bills. Not only do servers cost a lot of money to buy; they are also very expensive to run. A single machine requires 7,500 kWh of electricity per year which, at current business rates, would cost in the region of £6,000. There is also a range of other expenses enterprises face for housing servers on site, such as cooling, security, insurance and maintenance.

Migrating to the cloud reduces these financial burdens significantly. Instead of buying the hardware outright, it is leased for a more manageable monthly fee and this fee includes the energy costs of running the infrastructure, together with the costs of cooling, security, insurance, maintenance and, if you have a managed solution, server management too.

And while energy costs are certainly factored into the price of a cloud package, their increase hasn’t sent the cloud price rocketing upwards. Indeed, at Hyperslice, our prices have only risen 5%, half the rate of inflation. The reason for this is that, because cloud vendors run large data centres and use large amounts of energy, they already have long-term, fixed energy contracts in place, many of which rely on renewable energy sources that aren’t as volatile in price. They also operate at large economies of scale and invest in energy-efficient hardware that helps keep prices low. By migrating to the cloud, therefore, enterprises can slash energy and other costs without having to cease current operations or planned development.

While there is an undeniable ethical need to cut carbon emissions, there is also an increasing business need. Governments are setting targets for zero carbon and in order to meet them they will impose stricter regulations on enterprises, with stiffer penalties for those that do not comply.

Unfortunately, as the world becomes more digital, the impact of IT on the climate is set to grow rather than shrink. Today, it accounts for just 1.4% of global emissions, by 2040, that’s set to rise to 14%. So, while almost every enterprise expects to make greater use of digital technologies in the medium to long term, they need to find ways to do this that don’t have an impact on the environment. It’s a huge challenge.

Migrating to the cloud, however, can be a step in the right direction, helping businesses minimise their carbon footprint. One of the main reasons for this is that cloud data centres operate at much more efficient economies of scale. A thousand businesses with in-house data centres could not run their operations as energy-efficiently as they could do if they all ran from a single data centre. In a cloud data centre, it is easier to manage and optimise power, cooling and lighting, thus keeping energy use across these vast spaces to a minimum.

Cloud providers also have to invest in modern technologies to keep up with their own competitors. In recent years, not only is their hardware faster and more reliable; it is also increasingly energy efficient. They, like everyone else, need to cut energy consumption and greenhouse gas emissions. As a result, modern cloud data centres are kitted out with low power-consuming SSDs and cooler running CPUs. They also use dynamic provisioning, making sure that server capacity is matched to demand and that redundant machines aren’t used when they aren’t needed. And as cloud servers are virtual, fewer physical machines are required to run them compared with using on-site dedicated servers.

What does all this mean for the environment? It means that the cloud is three times as energy efficient as the average on-site data centre and is able to cut like-for-like CO2 emissions by around 90%. In this sense, migrating to the cloud doesn’t mean a business is simply offloading its carbon footprint to a third-party provider, it is a move that genuinely makes significant reductions at the same time.

For enterprises faced with a need to reduce carbon emissions and cut rapidly rising energy costs in the midst of an economic downturn, cloud migration offers the opportunity to do both at the same time. For those with on-site data centres, it not only slashes energy costs but also capital expenditure on hardware and many day-to-day running costs, while moving your operations to a provider that is better able to minimise the environmental impact of your IT usage.   For more information, visit Hyperslice.com.

Cloud: A Greener IT Solution For Enterprises 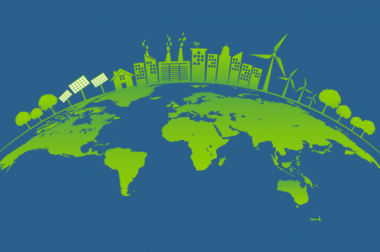 Cloud: A Greener IT Solution For Enterprises

In the shadow of COP26, it has become all too apparent that enterprises have to make a more concerted effort to reduce their impact on the environment - and do so at a time when they are driven by ma...
0 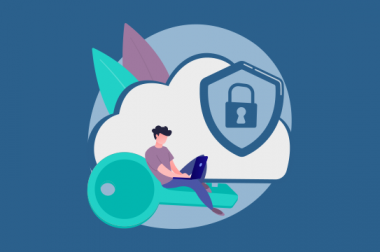 For enterprises concerned about compliance and data security, the single-tenancy nature of the private cloud has long been appealing. Migration to it, however, can be complex, requiring organisations...
0