Cloud and VPS – Understanding the Differences

Cloud and VPS – Understanding the Differences

Although cloud and VPS are terms commonly used in IT, they are often confused. While there are similarities, they both rely on virtualisation technology, there are important differences that enterprises need to understand before making decisions about whether to opt for virtual servers (VPS) or cloud hosting. Here, we’ll explain what these two technologies are and how they differ.

Virtualisation is the process of taking a single, physical server and creating upon it a number of virtual environments or virtual servers. This is achieved using Virtual Machine Monitor (VMM) software to separate the compute environments from the physical hardware which, as a result, enables each newly created virtual environment to run its own operating system.

While this is the process used to create VPS, physical servers in cloud datacentres are, likewise, partitioned using VMM. However, the cloud is much more than a single virtual server, offering the delivery of shared infrastructure, platforms and software, over the internet, as a service. As a result, enterprises that use the cloud have online access to sophisticated tools and applications, such as artificial intelligence and machine learning, together with vast computing resources that provide agility, scalability and automation all on a ‘pay as you go’ basis.

The benefits of VPS

One key advantage of virtualisation is that, as each VPS can run its own operating system, businesses can run more applications simultaneously and keep them separate from each other. This gives them the ability to achieve more with fewer resources, especially when running large databases, local networks and storage networks. Indeed, rather than paying for multiple underused physical servers, multiple VPS can be a more economically efficient way to operate, making better use of compute resources and capacity. The cost of purchasing a VPS is significantly less than that of a dedicated server.

Additionally, from an operational perspective, virtual machines offer higher availability. As they are not tied to a physical machine, should there be any issue with the hardware, the virtual server can be transferred to another physical server and its applications kept online. This applies to both VPS and cloud environments and makes them ideal for critical apps. At the same time, by running different apps on separate VPS, enterprises can reduce the impact of any downtime as only one application will need to go offline in order to install software updates.

The benefits of cloud

As the technology that underpins digital transformation, the cloud has many advantages for enterprises. One of its major attractions is its cost-effectiveness. By using the infrastructure of a cloud service provider, businesses no longer need to invest in running a datacentre, so there is no capital expenditure needed on hardware, premises, energy or any of the other associated costs. Add to this the managed services that come with cloud computing, the lower software licence fees and reduced storage costs and, financially, cloud migration makes sense for most enterprises.

From both a financial and operational perspective, the instant scalability offered by the cloud is another major benefit. Businesses can scale up or down on-demand to meet their real-time needs and any increased use of resources is charged for on a pay-per-use basis. It makes it ideal for businesses that have a fluctuating need for resources, whether this is at certain times of the year or particular times of the day.

The cloud is also ideal for backup and recovery solutions. Cloud backups are automated, can be continuous for those which need it and offer unlimited storage for the vast amounts of data being collected by enterprises today. For security purposes, the backups can also be encrypted and checked for integrity. Recovery is less likely to be needed in a cloud environment as virtualisation means there’s no threat from hardware failure; however, if recovery is needed from other issues, cloud backups can drastically speed-up recovery times.

One final benefit of the cloud is that it helps enterprises act and react more quickly. The deployment of cloud systems and applications can be done within minutes, giving companies a competitive advantage in today’s fast-developing markets.

When it comes to the cloud, enterprises have a range of choices. They can use public cloud, private cloud or a combination of both, known as a hybrid cloud. Public cloud is less expensive and offers more in terms of scalability, whereas a private cloud, being single-tenancy, provides greater compliance for the storage of sensitive data.

With regard to virtual servers, most enterprises tend to purchase VPS from a hosting provider, although, they can purchase in-house servers and use virtualisation software to create their own VPS. However, the cost of doing this can be significant and there are technological challenges that require specific in-house expertise.

Virtualisation has transformed IT, enabling the development of VPS and cloud. VPS is suitable for smaller scale computing and is often seen as the next step for companies upgrading from shared hosting. It’s also useful for companies that want to run discrete applications on separate servers. Cloud, on the other hand, offers cost-effective computing on both a small or large scale but is particularly empowering for enterprises who want to digitally transform and make use of big data, IoT, artificial intelligence, machine learning and automation. 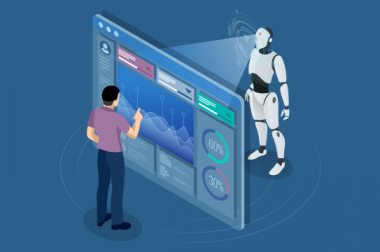 Artificial intelligence (AI) is, arguably, one of the greatest technological achievements we have witnessed. Indeed, in terms of its impact on human society, it’s up there with the wheel, the print...
0 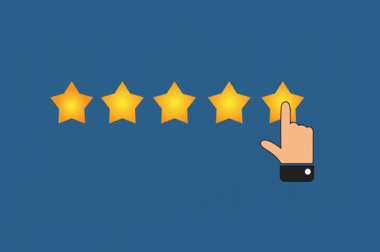 One of the key attractions driving migration today is how the cloud can help transform the customer experience. The cloud-based technologies now available to businesses can be used to improve trust, ...
0

Is Your Retail Enterprise Ready for Visual AI?